Travelling with Cannabis in Canada 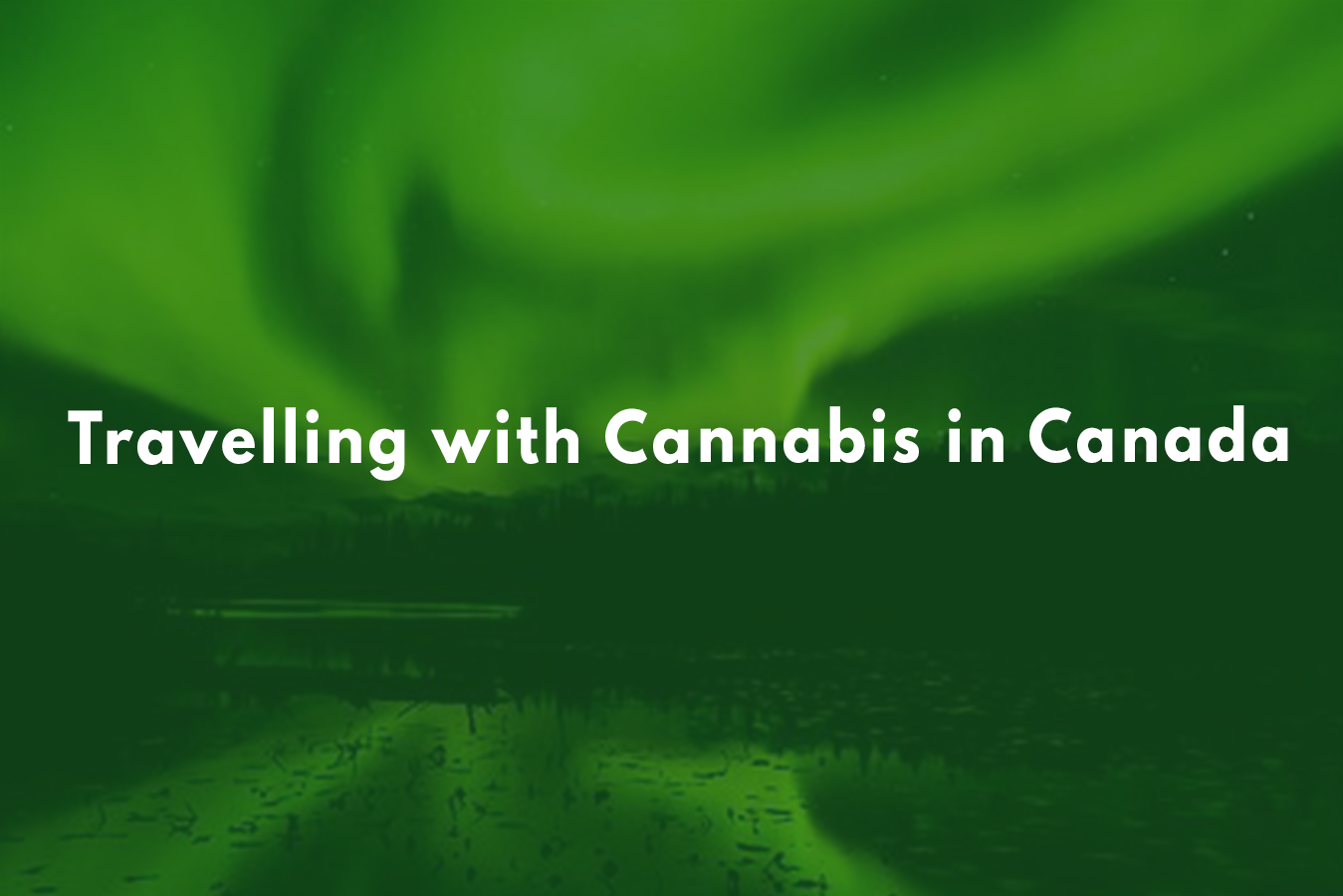 On October 27, 2018, the Trudeau government legalized cannabis (commonly known as marijuana) in all of Canada. The Cannabis Act was officially put into effect after several years of discussion on debate. Whether you’re interested in the recreational use of cannabis or not, it could be helpful to understand the rules about traveling with cannabis in Canada.

While laws and issues continue to be straightened out, the reception to cannabis in Canada have been generally positive. Many provinces have their own laws about cannabis use, but essentially all Canadians over the age of 18 (or older in some provinces) can legally buy and recreationally consume cannabis. However, many Canadians remain in the dark about travelling with cannabis in Canada. Infact, the CBSA noticed an increase in cannabis seizures at the border following the legalization in Canada. While some attempts were intentional and led to charges, many  were by Canadians who did not fully understand the law. To avoid any confusion in your travels, we’ve broken down everything you need to know about cannabis travel.

Travelling with Cannabis in Canada

Under Canadian cannabis laws, flying with cannabis in Canada is legal. You can also drive, walk or ride the train within cannabis, as long as you’re doing so domestically. It is extremely important to understand that this means only within Canada. Under no circumstances is it legal to leave the country with cannabis. It is illegal even if it’s just a little bit, even if you’re flying directly to or from another country or state (such as California) where it is legal, and even if you hold a document authorizing the use of  medical cannabis. Taking cannabis across the Canadian border is illegal.

The Canadian Air Transport Security Authority (CATSA) will notify the police if you attempt to bring cannabis over the border. The CBSA will detain you directly if you try to cross a land border. If caught, you face up to 14 years in prison. As the Government of Canada says, “Don’t Bring It In. Don’t Take It Out”.

Flying with Cannabis in Canada

Fortunately, you’re within your legal right to fly domestically with cannabis. When you are flying domestically, you can carry up to 30 grams of cannabis in your carry-on or checked luggage. If you have a medical cannabis license, there may be some exceptions which would be predetermined and associated with your license. Health Canada has more information on medical provisions. If you do not have a medical license or your license does not allow you to exceed the 30 gram limit, the cannabis you brought will be seized from you at customs and you could face a 5000$ fine.

You can bring CBD oil as long as it is within the standard liquid restrictions – 100 ml (3.4 oz.) or less in your carry-on. Topicles, tinctures and edibles are also allowed, though normal regulations on traveling with food apply so check with your airline and be sure to declare them. If you’re bringing cannabis in some other unusual form, you’ll still be allowed as long as it’s less than 30 grams. You might attract special attention from the CBSA, however.

You can travel with most cannabis accessories, such as bongs or pipes. If you want to travel with a vaporizer you must remove the battery and it can only be in your carry-on luggage. It should go without saying that you can’t smoke cannabis on an airplane or in the airport.

These laws are basically the same for driving, taking the train, or walking across provincial borders. You won’t be dealing with any customs officials, but you still need to abide by the provincial laws.

Canadian cannabis laws vary by province. In most places, the legal age to smoke is 19, you can carry up to 30 grams of cannabis in public, and you can have up to 4 cannabis plants in your home. You should always find out the local laws of each province you plan to visit before traveling with cannabis in Canada. If you’re visiting any of the following provinces, you should know that:

In Quebec and Alberta, the legal age is 18.

In Quebec and Manitoba, you can not grow your own cannabis

In Quebec and Nova Scotia only, cannabis can be smoked in public in places where tobacco is permitted.

We’ll say it again: don’t do it! There are no circumstances where you should be traveling outside of Canada with cannabis in any form. It remains illegal in most countries, and each country enforces their own laws and jurisdictions. If you’re caught with cannabis in another country, the Government of Canada can’t intervene.

Even though there are some places in the United States that have legalized cannabis, it is still illegal at a federal level. That means it’s illegal to enter the U.S. with cannabis, no matter where you’re headed. Likewise, don’t try to bring any weed back to Canada from a state where it’s legal, because it’s also illegal to leave the U.S. with cannabis. You will likely face charges at the U.S. customs before you even get the chance to reach the Canadian border.

Are there drug dogs at the Canadian border?

Yes, there are drug dogs at the Canadian border. The CBSA has a team of furry helpers, with members strategically placed at Canadian ports of entry. Sniffer dogs are capable of smelling cannabis from outside of a car, so play it safe and leave your stash at home.

What happens if you get caught with edibles at the border?

If you’re caught with edibles or any kind of cannabis at a Canadian border you could face up to 14 years in jail.

The short answer is no. You won’t be able to import cannabis to Canada. Don’t try to order any cannabis products from outside countries into Canada. Interestingly, there are a few very limited cases where the Canadian Government would allow the importation of cannabis. But unless you’re a Licensed Producer or a scientific researcher, the Government isn’t going to help you with that.

Can you cross the border with medical cannabis?

Can you bring a bong on a plane in Canada or over the border?

You are allowed to bring cannabis paraphernalia on domestic flights in Canada. If your device uses a battery, you must remove the battery and store the device in your carry on. If it’s glass, don’t forget to pack it carefully so it doesn’t break in your luggage. If you’re traveling to the United States, know that drug paraphernalia is illegal there. People get by this by claiming the item is “for tobacco use only”, but we don’t recommend risking it. If there are any traces of cannabis on the paraphernalia, you’ll be in trouble. Even if there aren’t any traces, the U.S border guards may refuse you entry on suspicion of drug use.

We hope we could clear up some of the questions you may have had about the Canadian cannabis laws and traveling with cannabis in Canada. While cannabis may not be for everyone, compliance with border laws should be! If you have any other questions about this or other customs compliance and border laws, get in touch with us. We have an expert team of customs brokers who are happy to help with all of your shipping, importing and exporting needs.