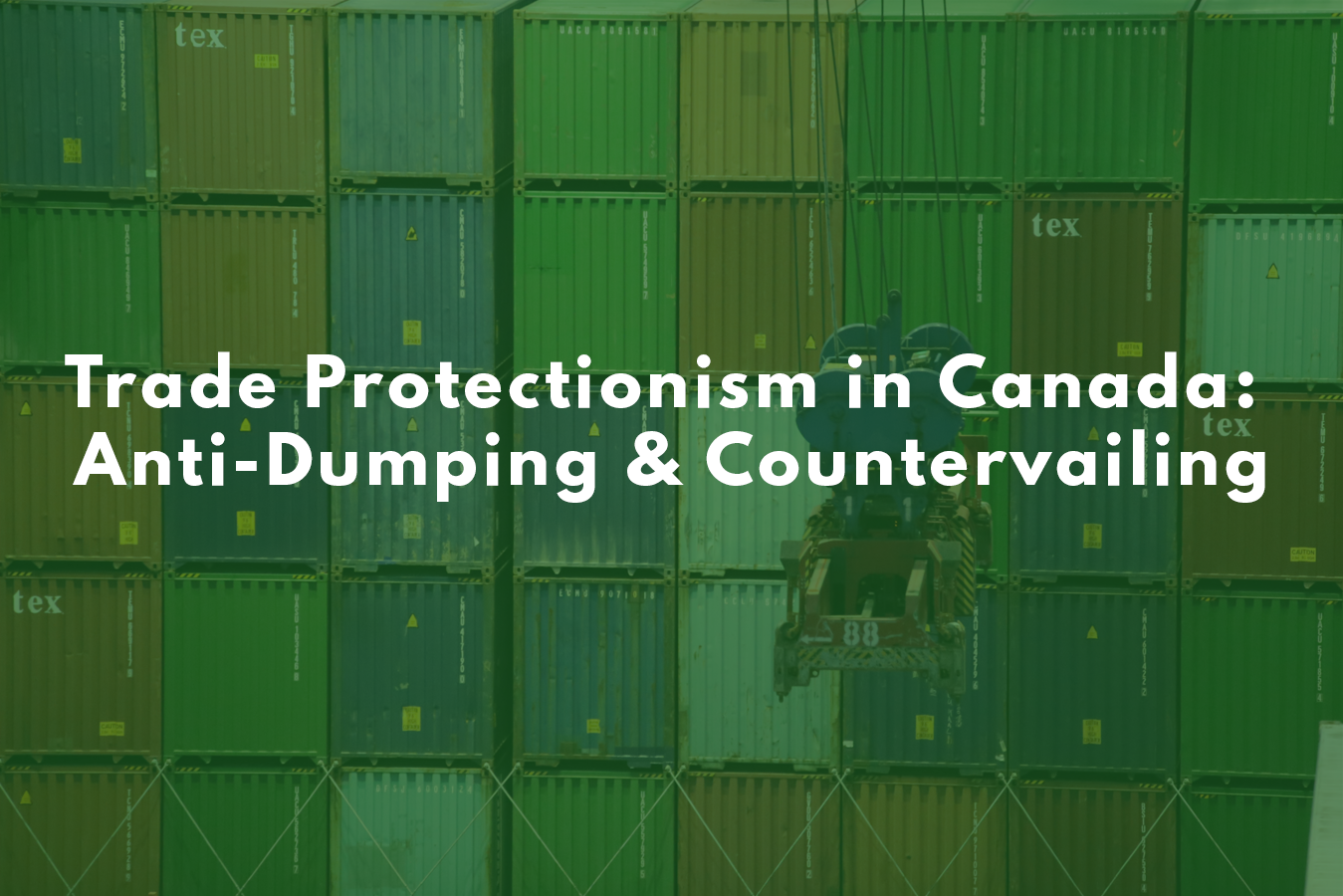 Trade protectionism — the practice of deliberately limiting imports to encourage domestic industry — is alive and well in today’s world, even with a record number of free trade agreements in force. Protectionism in Canada isn’t that overt, but it does exist, and the government has a few legal tools to regulate trade if they determine it’s needed.

In 1984, Canada’s Special Import Measures Act (SIMA) came into force. The Act provides protection to Canadian producers who are being harmed by dumping or subsidizing of goods into Canada, and is the primary example of protectionism in Canada importers will run in to.

With modern amendments according to Canada’s duties under trade agreements, SIMA might be relevant to your imports someday — and you’re going to want to know all about it if it is.

Canada Border Services Agency (CBSA) works with the Canadian International Trade Tribunal to administer anti-dumping duties. Ultimately, anti-dumping duties are meant to discourage dumping by reducing the extra profit importers might have made with lower costs — which is the intended effect of protectionism.

Subsidizing, in the context of international trade, is the practice of financially backing a producer or exporter to sell their product at a lower cost than the import destination’s market value. When this happens, customs applies a countervailing duty.

Generally, goods are subsidised by governments. If a foreign government has made a financial contribution to the production, transportation, or sale of a good, and that import has had an impact on Canadian industry, the good has been subsidised. This can come in the form of a loan at a preferential rate, or grants or tax incentives.

If it’s determined that subsidizing has occurred, CBSA and the Canadian International Trade Tribunal will administer countervailing duties.

Rights and Responsibilities under SIMA

Penalties are applied to goods in violation of SIMA after an investigation. Investigations typically occur after a complaint is received and take about seven months.

Because large amounts of goods sold at costs lower than market value can harm Canadian industry and make life harder for legitimate importers, alerting CBSA of potential dumping or subsidizing is important. Canadian producers and producers’ associations can file complaints. Complaints must include information on the Canadian good affected, the competing good, the conditions in the Canadian market, and the conditions in the domestic industry. There must be proof that shows harm has been done and protectionism is required.

If the Canadian International Trade Tribunal determines that a significant dent has been made in any Canadian industry, CBSA then imposes anti-dumping or countervailing duties. These protectionist measures are usually imposed for a period of five years, after which there is a reassessment.

To avoid being the target of any protectionist measures under SIMA, Canadian importers should regularly review CBSA’s Measures in Force. If you’re an importer of goods subject to SIMA, you’ll have to self-assess any applicable duties — we can help with that as your expert customs broker partner.

In addition to accurate self-assessment, if you’re importing SIMA goods, you’ll have to ensure you:

If you make an error on paperwork for any SIMA goods, you can submit a correction with a B2 Form. Get in touch with Clearit if you want some help!