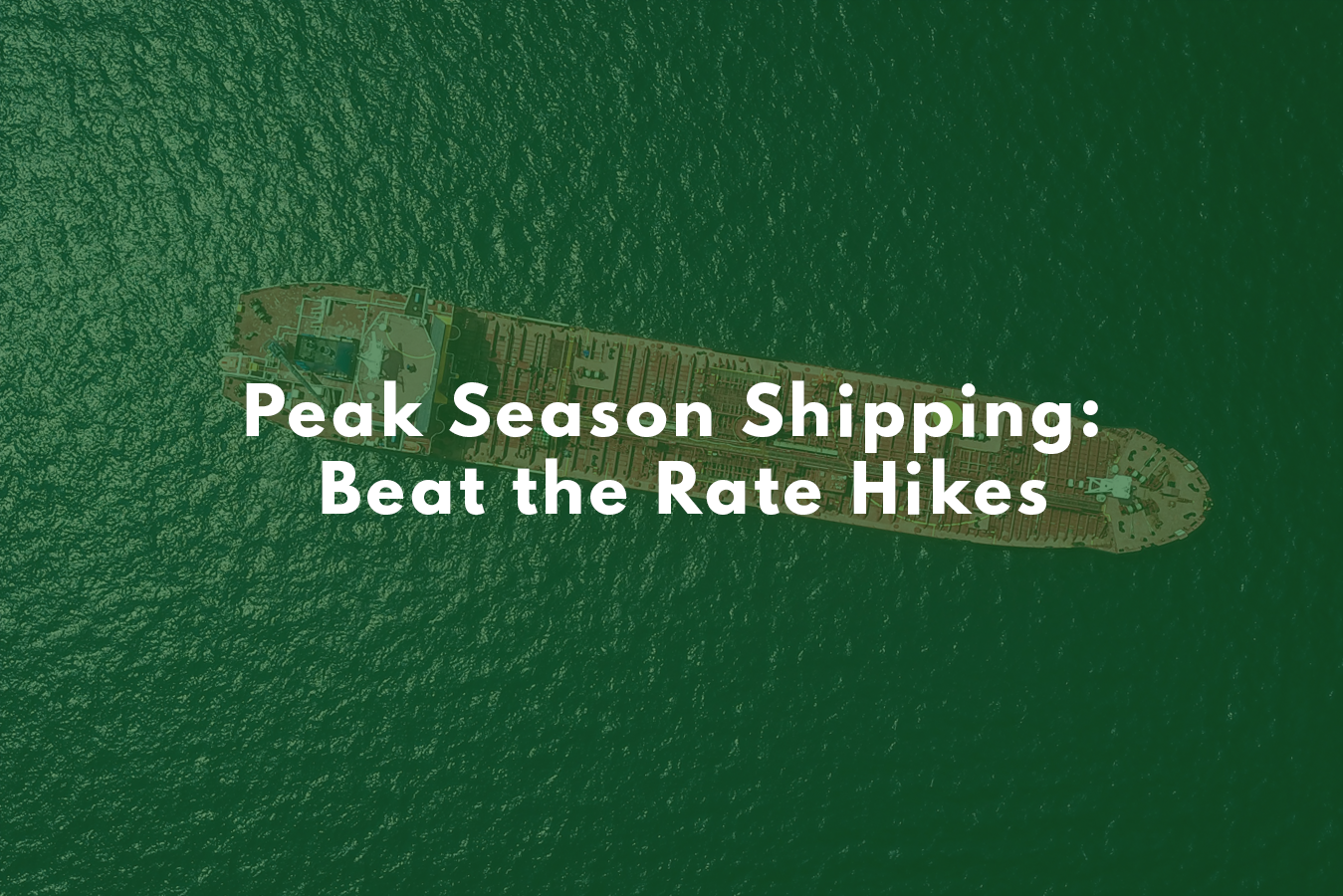 There is a peak season for everything. Peak travel seasons, peak shopping seasons… and peak shipping seasons!

Import businesses and goods are lucrative ventures for resident and non-resident importers alike, but those profits can fly out the window if you’re not careful. Peak season rates jump exponentially because of the increased demand.

Your cargo may even be subject to rolling — more on that later — so paying expedited fees can lead to lost money with goods that are still sitting at the warehouse for their turn to be imported. Here’s how to make sure things roll smoothly during peak season:

When Is Shipping Peak Season?

Depending on who you ask, there are either one or two peak shipping seasons. At Clearit, we believe there are two: the biggest, from approximately mid-July to mid-October, and a smaller one, at the beginning of the year.

The larger shipping season is the pre-holiday rush. Supply chains around the world go into overdrive to feed the demand for holiday celebrations and shopping rushes, like Black Friday in the United States and Singles Day in China. Because America and China are important stops in supply chains around the world, your rates and shipping times are going to go up in Canada, as a result.

The smaller shipping season is much shorter, generally around January and February, and is the result of the Chinese New Year. It has less of an impact on supply chains than the pre-holiday rush, but it’s still significant if you’re importing to or from China.

How to Save Time and Money During Shipping Peak Season

Peak season is a not insignificant chunk of time. If you’re importing to Canada from China, you’ll have to deal with peak season rates and times for six months of the year!

In addition to supply and demand driving up supply chain costs, importing anywhere from Asia in particular during peak season means you have to contend with the peak season surcharge as well.

And remember when we mentioned cargo rolling? Cargo rolling is when your cargo can’t be loaded on the ship it’s contracted to ship on because the shipper oversold cargo spots. Sound familiar? Airlines do the same thing — think about overbooked tickets and flights asking passengers to give up their seats. Just like peak travel time, this practice is unfortunately common during the high-rush peak season.

Good news is, with a little planning, you can mitigate the chaos and keep your import business running smoothly all year long.

Luckily, it’s easier to plan for the smaller peak season — you’ll feel the effects in January and February.

Once you’re in peak season, you’ll need to take into account the longer shipping times. If you’re importing goods by air, you should forecast an extra week in your planning and book ahead of time accordingly. If you’re shipping by ocean, we recommend a month instead.

While it may not feel good to be low on stock on an item, if it’s not something that is in regular demand, it might be easier on your balance sheet to wait on it. During peak shipping seasons, you should prioritize your most important and most in-demand shipments.

Of those, ship what you can, when you can. The peak season is not a time to be scared of LCL (less than container load) shipping — you can stagger shipments to ensure a steady supply, even if one container gets rolled.

Be sure to tell your shipping partners what containers and imports are highest priority, because the heads up could be the difference between your cargo being rolled and your cargo going ahead of someone else’s lower priority shipment!

Patience, patience, patience. During the peak season, importers like to snap up the shipping routes that have the shortest delivery time. In theory, this will get your goods to the right port faster, but that’s not always the case. These short shipping routes are so popular that not only do they often come at a premium price, they are regularly overbooked.

In contrast, booking on a ship or plane with a longer shipping time can actually get your imports to you faster. This is because these routes look less attractive on paper, and so are less likely to be overbooked.

Because you’re at far less risk of rolled cargo, a 20-day shipping route is likely to get to you faster than a shorter shipping route with a long holding time because you were rolled. In addition, you can save money, because demand isn’t as tight.

Beating peak shipping season rates and times can feel like a headache, but with a little planning and the help of an expert, it doesn’t need to eat into your business!