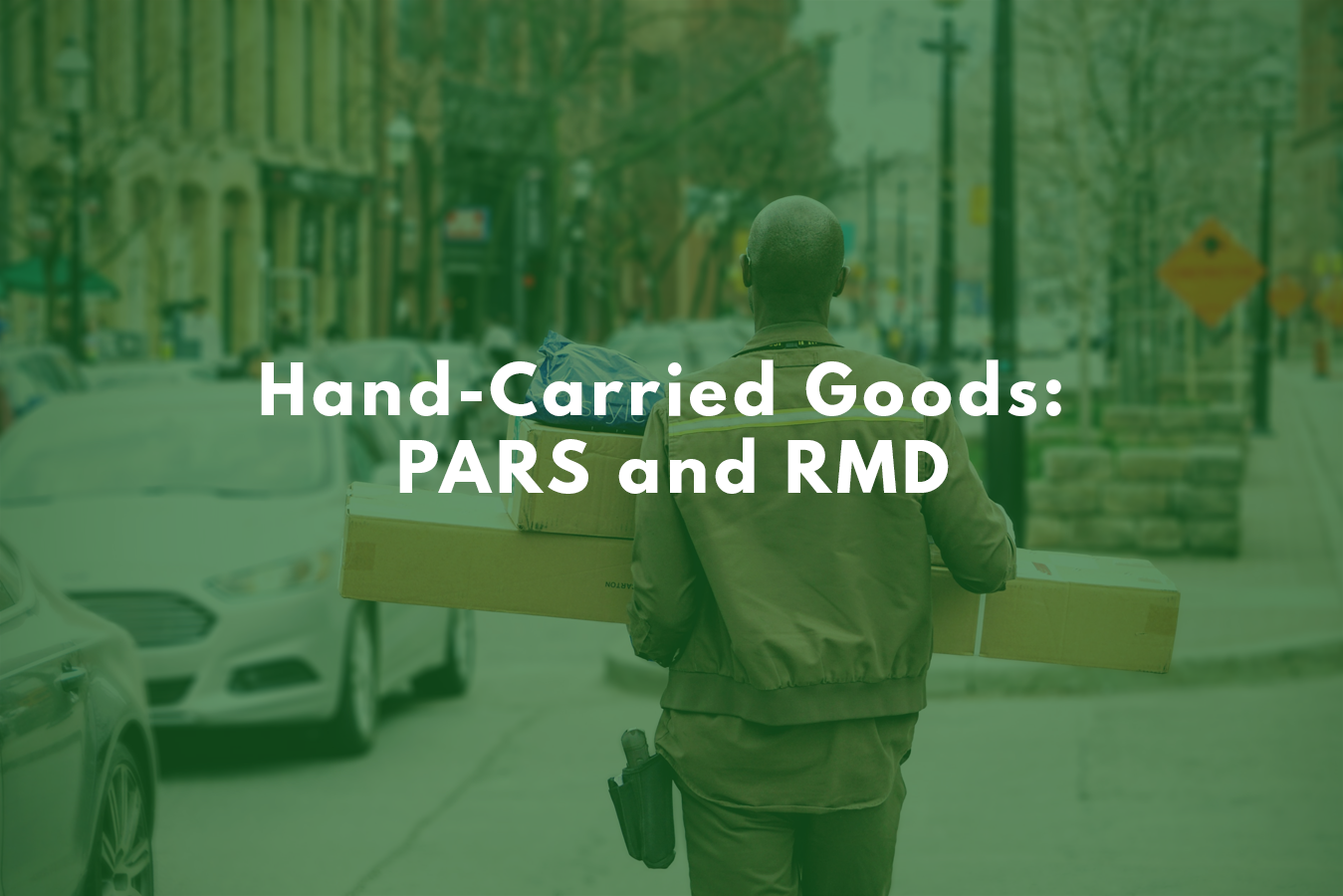 How do you import your goods? Does your supplier send them along on containers as ocean freight? Do they cross the border in a truck, destined for a customs warehouse?

Do you take them over the border yourself?

The Canada Border Services Agency (CBSA) classifies any commercial goods for resale that the importers themselves bring back as Hand-Carried Goods. This is in contrast to using a commercial carrier to import your goods, and it comes with two release types: Pre-Arrival Review System (PARS) and Release on Minimal Documentation (RMD).

While importing commercial goods yourself might seem like a rare occurrence for most importers, there have been enough of these situations that CBSA made it easier for you.

Not all shipments can be released under Hand-Carried Goods. The shipments that qualify include

If you’re not a carrier and don’t have a carrier code, CBSA can classify your release under HCG program. Despite eManifest and Advanced Commercial Initiative (ACI) requirements for commercial shipments, your HCG shipment is not required to be submitted through ACI.

Instead, you can obtain pre-clearance, which allows importers to act as their own de-facto carrier instead of having to wait in the general traveller’s line at customs. Whichever you use, you must declare them at your First Point of Arrival in Canada.

If your shipments are in bond, or if you have your own carrier code — some importers have their own — you won’t be able to declare HCG. You’ll have to submit a B3-3 form instead.

Situations where importers might find it more advantageous to use HCG than a commercial carrier include:

Under PARS, you or your customs broker will submit release information to CBSA before you cross with your goods. When you declare your goods under RMD, you’re not immediately required to provide full accounting data.

You do still have to eventually tell CBSA exactly what’s up, though. The time frames vary; you’ll be informed by customs which one your goods fall into.

The advantage of RMD is that importers can quickly pick up imports and bring them into the country. Instead of slowing down their business to sort out all their forms, importers can make the best use of their time if there wasn’t time or need to plan and file everything beforehand.

Ah, the elephant in the room. Using PARS or RMD requires a Cargo Control Number (CCN), but a CCN requires a carrier code, and HCG explicitly doesn’t use a carrier.

When you declare your shipment under PARS or RMD, you’ll also make your own HCG CCN code. Unlike a normal CCN, it doesn’t need a carrier code. The CBSA has a set of guidelines for how to build a CCN for HCG; it starts by picking out what method your shipment is entering Canada through, then add a security code, and some more numbers…

It can be a little confusing, so we’re here to help. Get in touch with us and we’ll help you put together your HCG shipment.