Saving Money on your Imports: Duties and Taxes 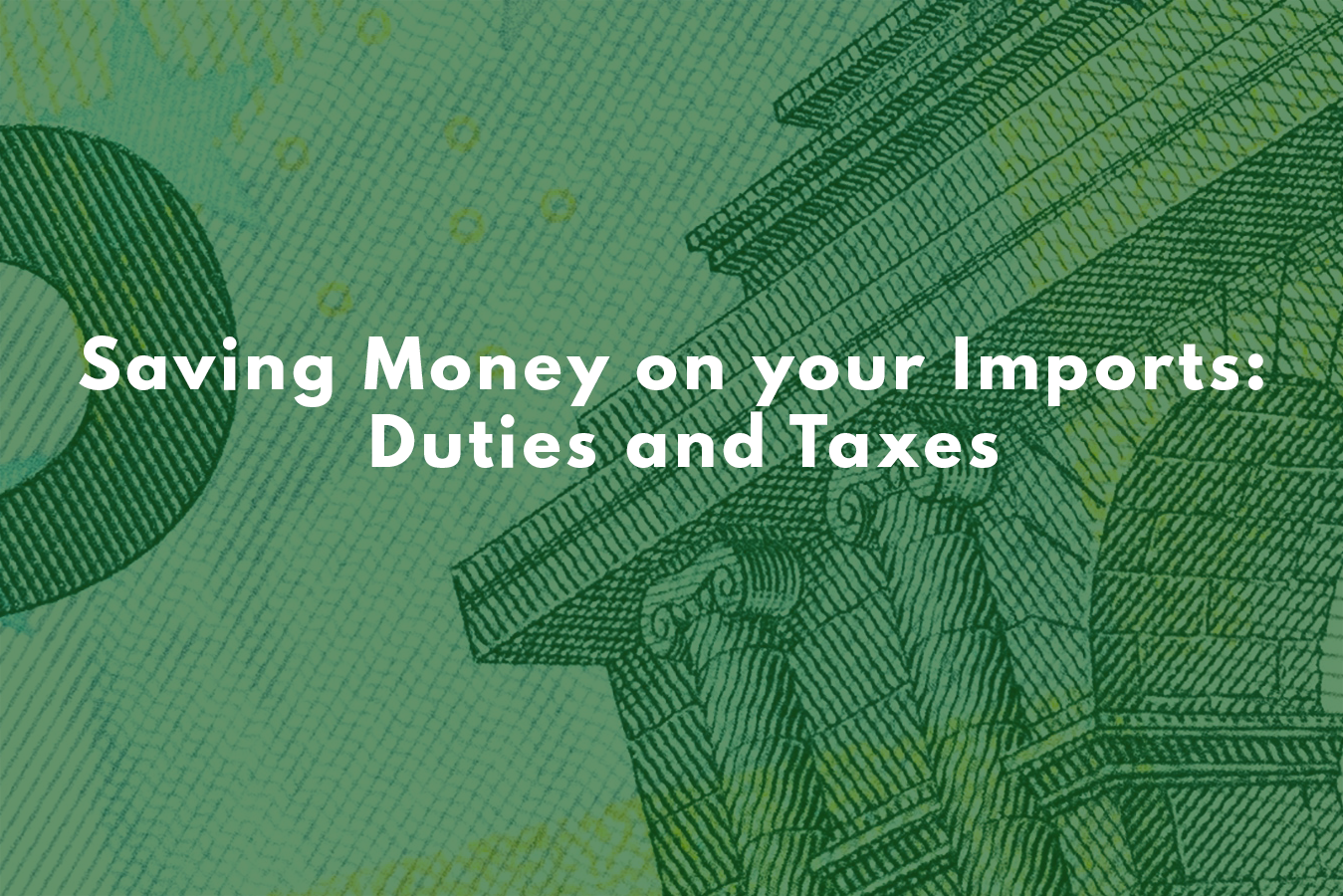 Duties and taxes can quickly eat into your wallet if you’re not careful. Passing on the costs to the consumer can burn bridges in the public eye, but taking on the costs yourself isn’t ideal either. If you’re importing for personal reasons, high duty costs are even more onerous — you have no choice but to pay them alone.

Thankfully, by being smart, you can avoid being hit too hard by duties and other fees!

The most straightforward way to avoid paying high duty costs is to avoid importing anything that would incur a high duty charge in the first place. This may seem like a very simple piece of advice, but it does require keeping up with Canada’s Custom Tariffs — they update regularly. You also need to keep an eye on any extra tariffs that may be in effect, such as the 2018 Surtax Order on steel from the United States.

If you’re only importing something once, this just means checking on whatever it is you’ll be importing before you pay for it. Many goods from the European Union enter Canada duty free because of the Canada-EU Comprehensive Trade and Economic Agreement, so if you’re in the mood to import yourself some Spanish chocolate, you’ll probably be fine when it comes to avoiding unexpected duties.

However, if you import goods regularly, you’ll want to be more diligent about keeping up with those changes. You may need to sometimes switch suppliers to keep a steady supply for your customers and clients without unwanted duty costs.

Beyond just duty, though, are sales taxes. Because every province has their own tax system, there is no single flat tax rate for importing into Canada.

In addition the federal GST — 5% of the duty-paid value of the shipment — you’ll pay the province’s tax, as well. The exceptions to this rule are Alberta — which has no PST — and the territories, which aren’t provinces and so don’t have PST laws.

In New Brunswick, Newfoundland and Labrador, Nova Scotia, Ontario, and Prince Edward Island, a single harmonized sales tax replaces PST and GST and must be paid in full. In British Columbia, Manitoba, Quebec, and Saskatchewan, PST and GST are separate.

When importing to a province that uses a PST system, you will have to pay PST — usually, whether you’re a resident of that province or not. Some exceptions exist, though; they vary from province to province, so talk to a customs broker if you’re unsure. (We’re on hand whenever you need us!)

Sometimes, the answer can’t be to just import your goods from another supplier (or not import at all). Some goods have duty fees you can’t get around, but you don’t always have to absorb the cost or the taxes. The Canadian government has a number of trade incentive programs that can help you recover some or all of your import fees.

If you’re importing supplies for a government contract, you can apply for tax relief or duty drawbacks, for example. The rules are strict, but if you qualify, talk to your customs broker.