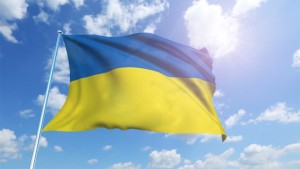 Canada is often referred to as an open trade country. Canada now has 13 active free trade agreements with the US, Mexico, Israel, South Korea and others, with 8 other agreements currently in negotiations.

It’s been about a month since the Canada-Ukraine Free Trade Agreement (CUFTA) has been in effect (it was enacted on August 1st, 2017). What do you need to know?

In essence, this means that Canada has agreed to reduce a majority of duty rates all the way down to 0% so long as the goods comply with the rules of origin. The participating parties will reduce fees on goods coming from within the countries.

So, what are the things that Ukrainian goods and products that Canadian importers can import without duties?

On the other side, these Canadian goods can be freely imported into the Ukraine:

A central part of the Canada-Ukraine Free Trade Agreement is, of course, the rules of origin. It is important to note that just because an item is shipped from the Ukraine, or shipped from Canada, doesn’t mean that it complies with the rules of origin– therefore not qualifying for the benefits of CUFTA. Canada and Ukraine have mutually decided within the agreement not to apply a customs duty, or any other fees.