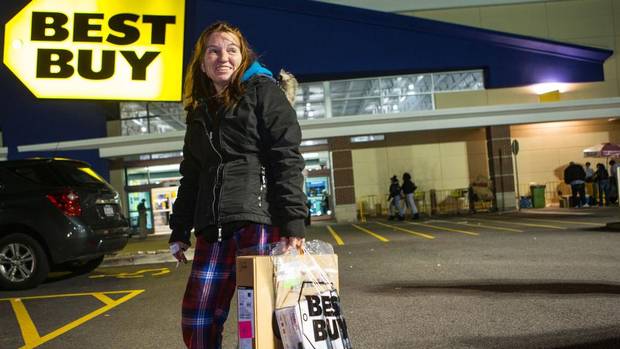 Prices in Canada have outpaced those in the U.S. over the past decade across almost all categories of retail and wholesale goods, according to a comparative study of 600 products by Prof. Nicholas Li of the University of Toronto’s Department of Economics. Writing for the C.D. Howe Institute in its Commentary No. 409, entitled “Sticker Shock: The Causes of the Canada-US Price Differential”, Li shows that the price gap largely tracks the exchange rate between the U.S. and Canadian dollars, but points to government tariffs, supply-management policies, and lack of competition in Canada as additional factors.

The Harper government is well aware that consumers resent the price gap, and has promised to use the Competition Bureau to investigate companies that charge unreasonably high prices in Canada. Li, though, found it difficult to get a handle on legitimate reasons for price differences – such as higher Canadian distribution costs – which suggests that the Competition Bureau may have a tough time as well. He also believes that the effect of lower competition in Canada, while not negligible, is relatively small. Li’s conclusion is that the government should instead examine its own policies as being the contributing factors that are easiest to address.

The policies at fault include customs tariffs, low duty-free exemptions, and supply-management restrictions on chicken, eggs, milk, cheese and yogurt. Import duties, which were actually raised in 2013, are of course passed along to consumers, significantly raising prices on many non-food products. Meanwhile, there is no duty-free exemption for Canadians who leave the country for less than 24 hours. Expanding duty-free cross-border shopping would be likely to force Canadian retailers to offer more competitive prices at home. Finally, agricultural supply-management restrictions appear to be responsible for some of the largest price gaps, and eliminating them would go a long way toward bringing prices closer to U.S. levels.