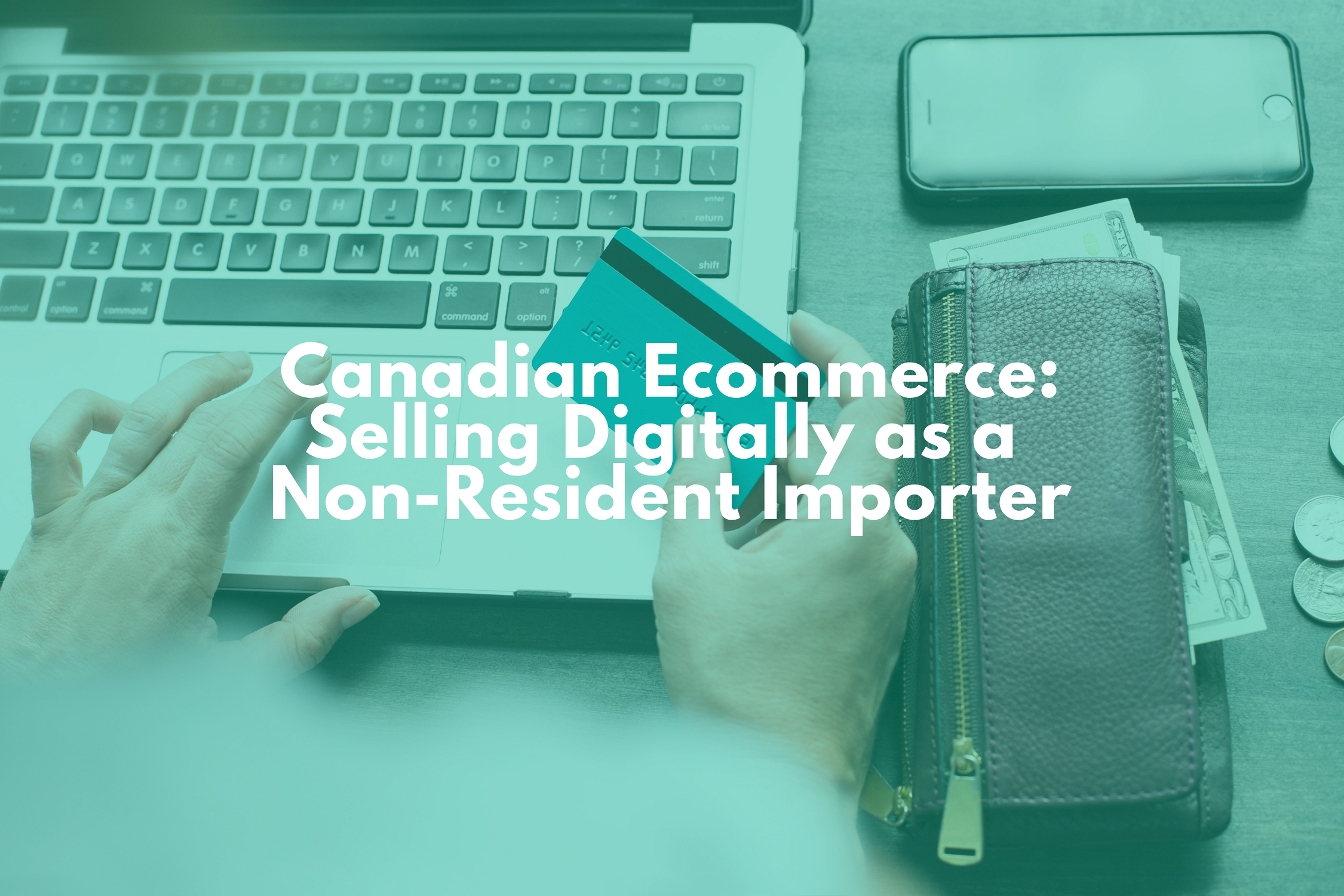 Online shopping has taken hold of consumers across the globe, and things are no different in Canada. According to a study by Forrester, Canada will earn roughly $39 billion in online sales by 2019. This is just the beginning of an increasingly profitable market as more and more companies make their way into the Canadian online market.

Numbers for -commerce have continued to rise since 2016. Statista determined that there will be a tremendous increase in online sales for years to come. In 2016, sales of physical goods via ecommerce turned a profit of just over $20 billion (in USD). That number increased by $2 billion in 2017, and their online sales forecast to 2022 indicates that profits will continue to increase by roughly $2 billion every year.

Still, for all the recent growth, ecommerce is still a relatively untapped market that is just hitting its stride, making it a perfect target for non-resident importers (NRIs) looking to make a mark on the Canadian ecommerce market.

What are Canadians buying and where?

With ecommerce becoming a more documented phenomenon, many surveys have noted that Canadians are showing signs of preferred purchase towards Canadian businesses.

The Canadian Internet Registration Authority (CIRA), conducted an investigation in 2016 that showed Canadian shoppers place more emphasis on Canadian retailers. The investigation found that 62% of shoppers in the Great White North preferred to buy from Canadian-run businesses.

While the investigation found that Canadian shoppers had a preference towards Canadian businesses, almost 50 percent of shoppers also made purchases on foreign websites. Foreign sites offering better deals and more variety can capture some of the market.

According to another CIRA survey, Canadians are shopping for a wide range of items, too. This means the market is expanding, and what you sell is becoming more valuable by the day through ecommerce.

The CIRA survey (1,200 Canadian participants) says that Canadians are shopping for:

It’s worth noting the most popular item on the list is clothing. Shopping for clothes online has become increasingly popular in the last decade and it won’t be slowing down.

Why is this good for non-resident importers?

A non-resident importer is any company or person who doesn’t live in Canada, but who does act as the Importer of Record (IOR) for a shipment imported into Canada.

The IOR takes on many responsibilities, including handling duties and taxes imposed by the Government of Canada. They’ll also handle important documentation and all records dealing with transactions.

The benefit is quite simple for NRIs. Canadian shoppers are growing impatient with long delivery times and frustrated by border complications. An NRI will typically employ the help of a customs broker to handle the government policies and ease the transition between borders making the clearing process smoother. An NRI working with a customs broker will increase delivery times, be able to determine landed costs and, ultimately, see their ecommerce sales grow.

If you’re a non-resident importer looking for a customs broker, contact Clearit today!