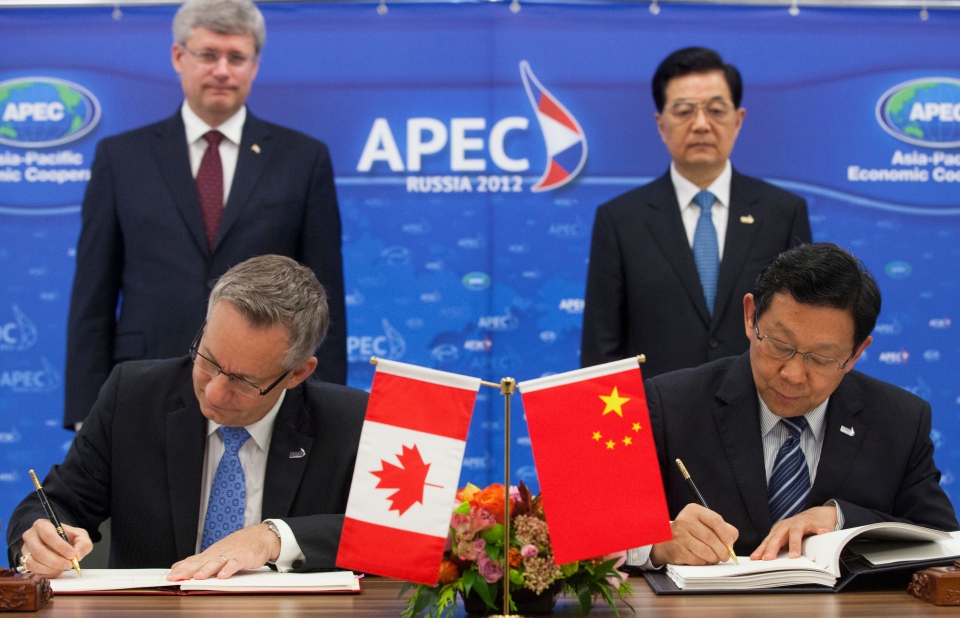 That’s the title of a recent report commissioned by the Canadian Council of Chief Executives (CCCE). Its authors, Dan Ciuriak and Jingliang Xiao of Ciuriak Consulting Inc., show that bilateral free trade agreements typically produce lower economic gains than anticipated because their complicated rules make it too difficult for many businesses to avail of their benefits. They point out that unilateral free trade is already working well in smaller areas such as Hong Kong, Singapore, and the new Shanghai Free-Trade Zone, and explore whether a complete unilateral elimination of tariffs could work for Canada as well. They find that it could, predicting that the $4 billion in lost customs revenue would be more than offset by a gain in GDP of up to one percent, amounting to around $20 billion and surpassing that hoped for from the proposed Comprehensive Economic and Trade Agreement (CETA) between Canada and the EU.

Even in a worst-case scenario in which NAFTA rules of origin continue to constrain Canadian exporters, unilateral liberalization should add over a quarter of a percentage point to Canadian GDP, more than double the effect of the Canada–South Korea Free Trade Agreement (CKFTA) and far higher than the 0.4 percent expected from the Trans-Pacific Partnership including Australia, Japan, and New Zealand among others. Thus, the unilateral approach is at least on an even par with other attempts at trade liberalization, and Ciuriak and Xiao conclude that its potential to increase Canadian wealth, productivity, and attractiveness to foreign investors make it deserving of serious consideration and further study.

Benefits would be seen in a greater than one percent reduction in consumer prices and an increase in imports of over three percent. Exports would also grow by close to three percent, since eliminating import tariffs would lower the cost of production inputs and allow Canadian manufacturers to make their exports more competitive. Not all imports would be affected equally; the value of Chinese imports would increase by over $7 billion, while those from the U.S. and Mexico would lose market share and might even decrease in absolute terms. Export gains would be more evenly distributed, with U.S.-bound exports enjoying the largest absolute gains. Ciuriak and Xiao don’t see much of a downside to the idea of unilateral free trade for Canada. One possible objection is that tariffs can be useful as “negotiating coin” in trade talks, but a review by the Australian Productivity Commission concluded that it would be counterproductive to delay beneficial trade liberalization merely in order to retain this perceived advantage. The CCCE report also notes that since unilateral liberalization is not a commitment not to increase import duties in the future, WTO tariff bindings could still be offered as inducements at the negotiating table.

In fact, although Canada’s import tariffs are higher than those of the U.S., U.K., and Germany, they are already low compared with those of most countries, except for agricultural products such as chicken, eggs, milk, cheese and yogurt. This means that the bargaining power granted by existing tariffs may not be very significant in the first place, and it also shows that Canada has already taken some steps along the road to unilateral free trade. The 2010 budget, for instance, unilaterally abolished over 1,500 industrial input tariffs, and Dan Ciuriak expects the trend to continue; he’s been quoted as saying that “unilateral trade liberalization is [now] the dominant form of liberalization.”