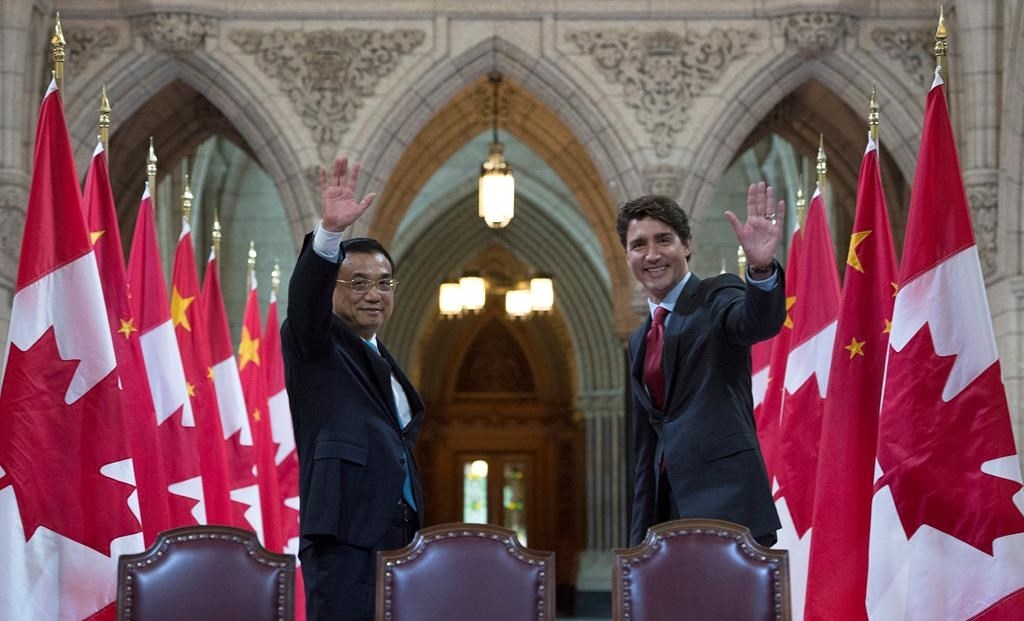 If Canada were to enter into talks regarding a potential free trade agreement with China, it wants a “progressive” which would include chapters on human rights and labour standards says Canada’s new ambassador to China, John McCallum. Formal talks haven’t started between the two countries but Ottawa has been holding a round of exploratory consultations.

“We have to do this with our eyes open,” mentioned McCallum in a recent interview. “We know that in many areas, China and Canada have different views of the world, different priorities, and different laws.”

In Ottawa, opposition members have raised concerns about the current talks pointing out recent remarks by the Chinese government that human rights and limits on investments by state-owned enterprises would not be part of the trade discussion. “There are huge gains for Canadians if we’re successful, said McCallum. We also have responsibility on the human rights side. We do both.”

On the eve of President Trump’s inauguration, former World Bank chief and U.S. trade czar Robert Zoellick raised concerns about the Canada-China talks during an event held in Washington. Canada, according to Zoellick, shouldn’t get too close to China if it wants to stay on the good side of the Trump administration citing some well documented anti-China sentiment from the President and his entourage.

Ambassador McCallum politely brushed aside Zoellick’s warnings noting Washington doesn’t even have its Chinese ambassador in place yet, “Whatever the American position is, the Canadian position has been defined clearly by our prime minister and it’s my job to put that in effect.”

When questioned about Zoellick’s comments, Prime Minister Trudeau reaffirmed his government’s position: “Canadians expect me as prime minister to grow our economy and defend our jobs while, at the same time, standing up for our values and principles and those are two things that I will always do.”

Ottawa is sending heavyweight cabinet ministers to China in the near future: Environment Minister Catherine McKenna is expected to visit in order to pursue Canada’s ambitions for a potentially lucrative clean tech co-operation, Finance Minister Bill Morneau as well as Trade Minister François-Philippe Champagne are scheduled to co-chair a high-level economics discussion with China’s vice-premier.

After years of struggling due to cut backs and the general lack of interest by the former conservative government, Canada’s diplomatic corps has a lot of work ahead to create and rejuvenate diplomatic ties.