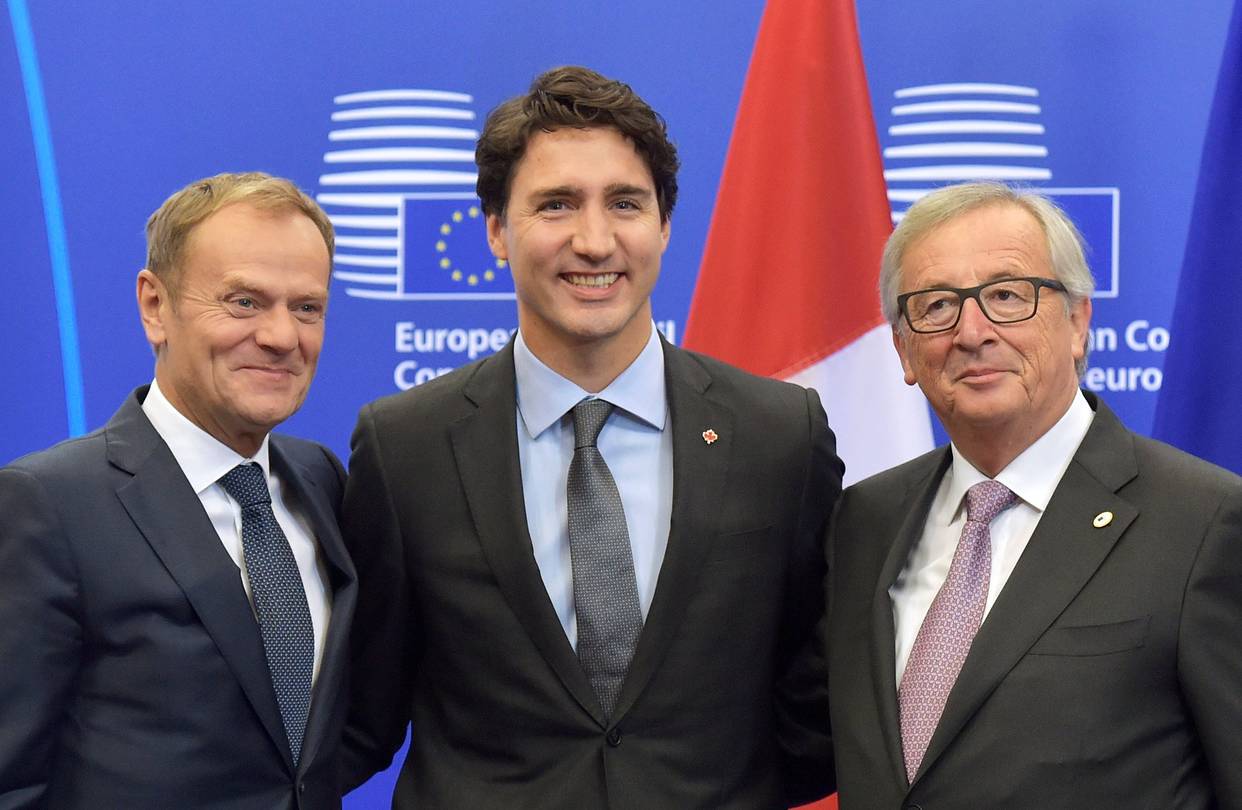 When Canada first entered talks with the European Union to build what would become the Comprehensive Economic and Trade Agreement (CETA), the U.K. was still at the table, it was a pre-Brexit era. Times have changed and unless you’ve been hiding under a rock for the past few months, you’ll know that Brexit is now a reality that has shaken up the EU. Canada, keeping CETA in mind, wants to avoid becoming an indirect casualty for the U.K’s departure from the EU – it’s pushing for things to move ahead as much as possible.

Ottawa’s strategy is to have the trade deal ratified by Westminster before the U.K. leaves the EU in order to secure the agreement and avoid pressing the ‘reset’ button. Of course, even in a post-Brexit world, the Canadian government will continue to deepen its relationship with its Commonwealth friend.

Former Clerk of the Privy Council and now High Commissioner to the U.K. Janice Charette mentioned in a recent interview that Canada wants to preserve any preferential access to British businesses and investors it currently has in order to “[avoid] some kind of cliff-edge,” pointing out also that “we’ll be interested in seeing what we can do to enhance the bilateral arrangement” once the U.K. has left the EU’s building.

The “cliff-edge” in question is a term commonly used when referring to a sudden and overnight transformation in trading conditions. British businesses and investors are worried about the possibility of such a scenario happening because they would find themselves stranded in a regulatory no man’s land. Not to mention that points of entry such as ports and airports would be faced with new trading rules and potentially complex processes and mountains of paperwork, which would require more time and more money to get through. It’s a situation the U.K. wants to avoid and surely one that Canada would like to avoid as well.

Through CETA, Canada is set to boost trade with its Euro members by about a quarter according to government estimates – and given that the U.K. was Canada’s largest trade partner within the bloc of EU nations, it’s no surprise that efforts are being put in place to protect and ensure that the transition goes as smoothly as possible – Charette even sees it all with an optimistic point of view.

“The area of financial services is huge for the U.K., and that will be of interest for Canada” mentions the High Commissioner. Both countries have an interest in the trade of services which could be more broadly improved allowing the partners to build on CETA agreements in order to bring on the table intra-company transfers or movement of professionals for example.

It’s no secret that post-Brexit technical talks have begun with the U.K. in order to preserve CETA. Canada’s trade minister, François-Philippe Champagne has already met on numerous occasions with the U.K.’s Trade Secretary Liam Fox.

Canada’s efforts to keep close ties with the U.K. all while maintaining CETA come at a time when just south of the Great White North, President Trump’s protectionist agenda has been spewing out anti-trade rhetoric for months accompanied by actions such as the U.S. leaving the Trans-Pacific Partnership and its wish to see NAFTA renegotiated.

Charette is confident that Canada has been successful at expanding trade in such a trade-adverse environment because it has been able to maintain public confidence by engaging its internal partners such as the provinces, territories and industries all while putting in place reforms to help the middle class. “Various different pieces of this are put together, really with a view to supporting the interests of Canada as an open market, free-trading country.”